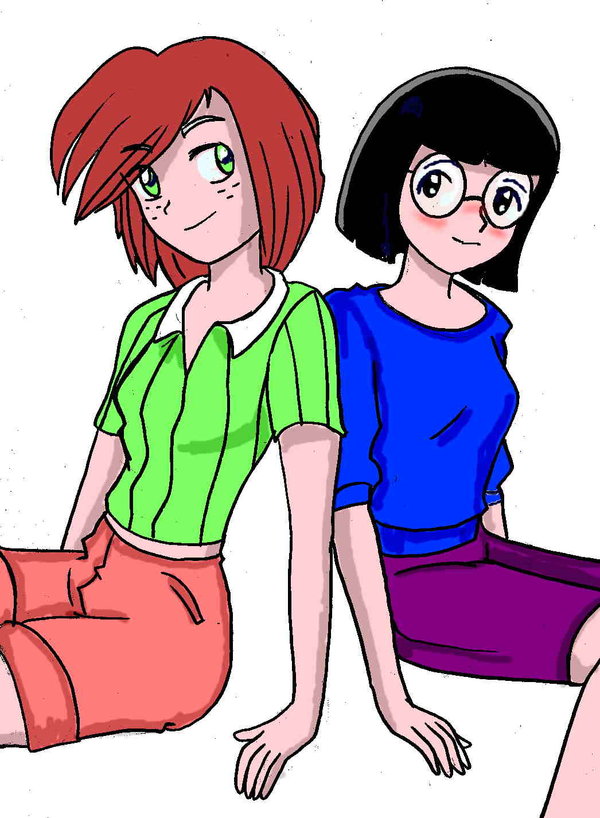 Hi, I am Samaneh; I am bisexual. I recently turned 23 years old and I have accepted myself as a bisexual for over two years now. However, I was struggling with myself until last summer. I will not go into details of self-recognition about my sexual orientation since this process took six years for me to apprehend. I want to tell you what I went through in the past two years. Fearing my sexual orientation would be known to the public, I was only looking for other people like myself in LGBT dating/finding social media groups. In the beginning, my purpose was to find a friend, someone to rely on, but then I was looking for someone with whom I could start a more serious relationship. It rarely happened that I would tell someone that I am bisexual and they wouldn’t attack me. Attacks were from all groups including LGBT groups where I was looking for a partner or under heated debates under BBC or Tavana posts where lots of hateful comments are written against the LGBT community. I was threatened and attacked verbally everywhere for the sole reason that I told I was bisexual. I was being told: “Do you have a relationship with your mother, too?”, “Are you a paedophile? Aren’t you ophidiophile?” “Bisexual, does it mean you are a she-male?” and all sorts of similar insults. To be honest, I didn’t expect much from heterosexuals but I was particularly irritated by lesbians. I had a feeling of being betrayed like when a footballer scores an own goal. Even when dating someone, I faced problems. Like that lesbian footballer who, when realized that I was bisexual, told me: “you are not a true lesbian” and didn’t allow for the relationship to go further. Or when we were out with our LGBT friends from my town, and they were talking against bisexuals while telling me: “we are not talking about you but in general, bisexuals are sluts” or “you are a lesbian; you just don’t realize it yet. Women are either bisexual or lesbian” or “a bisexual girl is not that uncommon, they are many, but the active bisexual man is bad**s who only look for a hole.” I was annoyed by their words and doings.

When last year, after a five-month relationship with my girlfriend, we decided to break up, she claimed that I was responsible for breaking up the relationship. She was saying: “one day you will get married to a man and will leave men alone; I am only a toy for you.” I tried hard to prove to her that she is loved and I wasn’t going to betray her but it didn’t work out. Some months later I realized that what she said was an excuse and she actually loved a boy from her university and it was a long time that she hadn’t felt any sexual desire toward anyone. So she felt that her relations with either boys or girls would fail in the affair and had decided to not have any romantic relationship with anyone. I felt pity for her. But she was very stubborn and didn’t seek out my help. She was not accepting help from anyone. I hope that she will find some peace and get rid of her fears. Although she also broke my heart.

My worst experience is for last September when I met a famous feminist and was supposed to work with her.  I was introduced to a man who pretended to be a supporter of the LGBT community and a conscious and experienced person. I trusted him and revealed my sexual orientation to him. At first, he was very curious to know how much I am interested in women and how much men. I did not look at his curiosity negatively and tried to explain some issues patiently, but I was inexperienced and immature. I noticed that his behaviour is odd but I didn’t take it seriously. Until one day that he fooled me in what was supposed to be a friendly gathering and talk but he raped me while I was drunk. I couldn’t resist him. I was under such pressure and in a desperate situation that I accepted the whole thing. Although I still try to keep a distance from him and reject him directly or indirectly, I have a bad feeling about what happened in the silence between us. When I told him that I was not prepared and I didn’t feel good about what happened, I encountered this sentence that: “you yourself told me that you like both females and males.” I didn’t say anything more when I saw that illogical manner. I thought maybe the problem is mine, that I am not a bisexual but am a homosexual. I fell into a deeply disturbing thought that had previously bothered me for six years. But later I realized that the wine he gave me that night, or the work situation that made me stay with him at that moment was like being trapped in an abandoned house with locked doors in a deserted city. All of these feelings proves to me that the relationship was one-sided and I was forced to be with him and none of these was related to my sexual orientation.  Thinking about all of this bothers me a lot and, unfortunately, due to our collaboration, it is somehow impossible to stay away from him. First, I also tried to tell two of my friends about what happened but their reactions bothered me. One of them insisted that I should pursue this matter legally that I, for some reasons, did not find that solution to be very wise. The other one was thinking that this would be a good way for me to think more freely about relationships from now on and do not take it seriously.

In contrast to traditional families and the society that renders virginity a sacred value, it is not considered so among LGBT community, particularly those young people who think one should have lots of sexual relationships without which one would not be attractive to others. Therefore, when I told my story to my friend, they presupposed that it is the first relationship and all first relationships are horrible and I should take it easy. They said: “there are not many people in this city who have accepted their sexual orientation and are looking for partners. And if you are not the same age as them or do not share the same taste like them, you may stay along. So, now that this guy likes you and if he wants, he can provide a place for you to spend time together, try to use him in this situation.” All of these words and advice made me feel humiliated for not having enough sexual relationships compared with those people of my age. A few months later, I talked to one of my friends who is a bisexual woman almost my age. We even talked about rape and they said that they had experienced this with people from different genders. She was the only person who understood me. Talking to that friend was the best help I got about that issue.

Maybe this has been my worst experience so far, but it is definitely not the last one. Only some days ago, I was accused of being a liar by a young man who was trying to date me because I told him that I am in a relationship and he would not believe me and would ask me why he has not seen me with any fiancé or any man so far. To get out of that situation, I told him that I am not heterosexual and that I have a girlfriend. He still insisted to be with me while I have a girlfriend. He would not understand that when I tell him I am in a relationship (with either women or men), it means that I do not want to be with him. I did not point at my sexual orientation at first and he told me these words; imagine what would he do if he knew from the start.

Anyway, I have suffered so much from people within the LGBT community and outside of it for not having a clear understanding of bisexual individuals that I think is enough for the rest of my life. But, well, let’s also talk about positive things. Considering what I have been through during the past two years, my situation has been improved from the last year. I have found a good partner and good friends from the LGBT community. Friends who have helped me get rid of bad feelings about myself. These friends do not judge me for being bisexual and encourage me to be myself, and not fear experiencing new things and not to be afraid of being labelled. One of these friends is a homosexual man who has lots of relations and experiences with bisexual individuals. He even has once tried dating a woman.

I love my girlfriend very dearly and she also loves me as I am and nothing is better than this. Since I have come out as a bisexual among my friends and classmates, the fear in their eyes has gradually vanished. Just a few days ago, my friend’s boyfriend asked me to help him to try a relationship with boys. Two of the students from the university identified themselves as asexual or bisexual according to the texts I provided them with. One of my old friend from school also told me about their sexual orientation and told me they’re happy they’re not alone in this. I see this and I believe that most of the people are bisexual or with fluid sexual orientations and that we are not a minority.