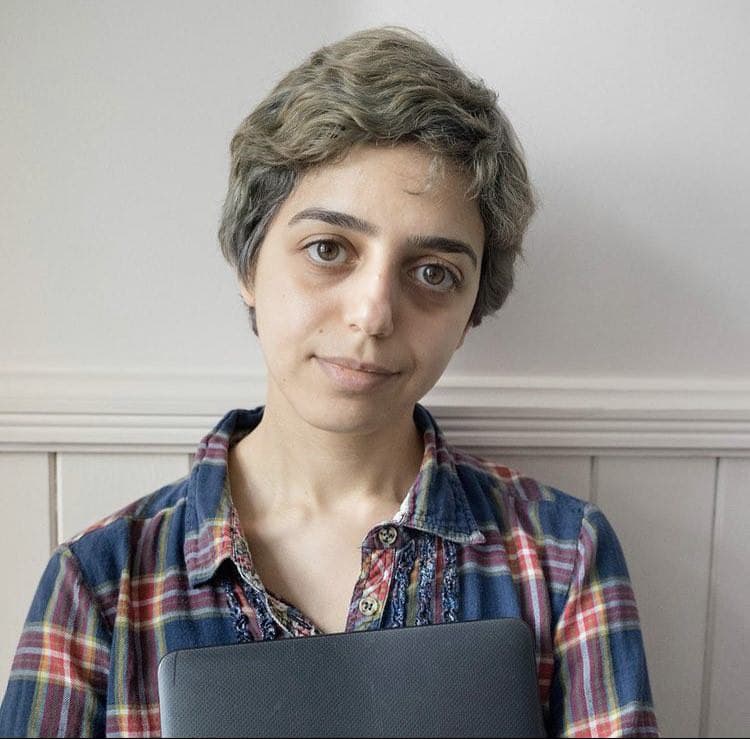 The original link of ilga article

While I was amazed by the growing bi movement in Turkey, it was heartbreaking to face biphobia in the Turkish LGBT community. Still, I left Turkey with the hope that bi-visiblity can open up space for the Iranian bisexual asylum seekers in the country.

After several years of feminist activism in Iran, I moved to Sweden in 2011 to study a master’s program in Social Studies of Gender. Similar to many other Iranian LGBT individuals living abroad, I found the chance to come out more publicly. A consequence of this was that I faced biphobia among Iranian and non-Iranian heterosexual communities as well as the gay and lesbian ones.

There was almost no information about biphobia in Persian, so I started raising the issue together with Soudeh Rad, another Iranian queer feminist activist. We established the first website about bisexuality in Persian, named Dojensgara [bisexual in Persian], and talked about bisexuality on social media. I learned that bisexuality is not visible in the Iranian communities because many Iranian bisexual individuals do not feel safe to reveal their sexual orientation.

Many Iranian LGB individuals who are publicly out about their sexual orientations are, or have been asylum seekers, since Iran is one of the few countries where same-sex sexual conduct is still punishable by death. While some of them feel safe to come out abroad, others feel pressured to publicly reveal their sexual orientation on social media, believing that it can increase their chance of being granted asylum. However, since bisexual asylum seekers have less chance of being granted asylum compared with gay and lesbian ones, some bisexual asylum seekers feel they have to hide their bisexuality, pretending to be gay/lesbian to increase their chances.

As a bisexual immigrant, I attended different events to support the right to seek asylum in Sweden. This helped me to meet individuals from different countries who have sought asylum based on their sexual orientations. I learned that some individuals who have been seeking asylum as gay were trying to hide their attraction to more than one sex or gender. I also heard stories of queer individuals who had their queerness questioned by the Swedish migration office due to their previous relationships with the other sex.

I started reading studies and found that bisexual asylum seekers were almost invisible, both in human rights reports and the academic arena. I also attended seminars and conferences about LGBT asylum seekers in Europe, but I found that many activists in this field erase bisexuality and argue that if an asylum seeker is or has been in sexual or romantic relationships with the other sex, it can mean that they are lying about their attraction to their same sex.

Many of the activists I met believe they need to keep the LGBT asylum seekers’ community safe by excluding these ’liars’.  These ‘fake’ cases can decrease the chances for the ‘real’ cases in the asylum process.

It seems that while media celebrates the fluidity of sexuality of youth in the Western European and North American countries, asylum seekers are divided into the binary of gay vs. heterosexual. I decided to question this binarism and remind activists that like any other person in the world, an asylum seeker can be also attracted to more than one sex or gender. While bisexual activists were interested in this issue at the third European bisexual conference in 2016, the first pre-conference on bisexuality at the ILGA World Conference in 2016, and the Annual BiCon in the UK in 2017, it did not get that much attention from the attendees of general LGBT conferences like the ILGA-Europe conference on 2016 or the COC conference on LGBT asylum in 2017. I even discovered that many activists who have been paid staff in international organisations were not familiar with the concepts such as ‘non-monosexuality‘ [attraction to more than one sex or gender].

I came to the hypothesis that bisexual asylum seekers have to pretend to be gay not only because they are afraid of asylum case officers, but also because biphobia is common among LGBT individuals and Iranian or non-Iranian activists, along with lawyers and interpreters who are supposed to support LGBT asylum seekers in a common way.

In September 2017, I moved to the UK to started my PhD dissertation about Iranian bisexual asylum seekers in Turkey with the hope that this research can decrease biphobia among Iranian and non-Iranian LGBT activists and increase bisexual visibility in the Persian-speaking communities. Living as an Iranian-Swedish citizen in the middle of Brexit in the UK, along with my Iranian fiancée, constantly reminds me how international policies can control our everyday lives, and how much we need to support each other in our global battle for equality.