IT IS ALL ABOUT INTERSECTIONALITY AND INCLUSION

IT IS ALL ABOUT INTERSECTIONALITY AND INCLUSION 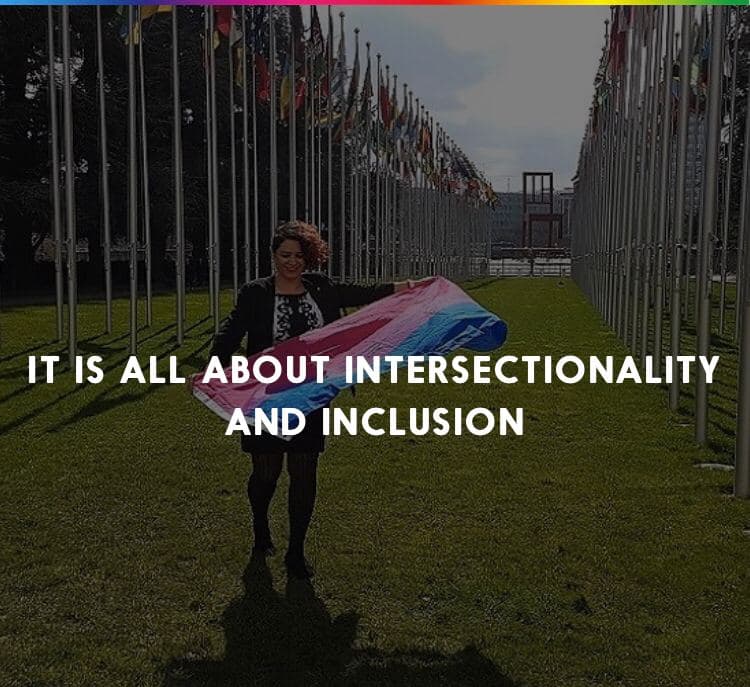 “Bisexuals exist! I am bisexual and proud of who I am. Yet I should hide myself behind homosexuality” told me an Iranian bisexual asylum seeker in Turkey.

"My girlfriend in Iran loved me and considered bisexuality just another sexual orientation. Now I cannot be who I am because they think only gays have the right to asylum. They call me a fake-gay”, he continued with a trembling voice and tears in his eyes.

Yes, we still need to introduce and repeat the definition of bisexuality, explaining our sexual orientation and ‘prove’ the stereotypes around us wrong! As a matter of fact, over-sexualization of our bodies and lives and denying the very existence of our orientation as part of our identity is a bitter truth.

While we are happy to finally see bisexual personalities in tv-series, our place feels shrinking by bi-erasure every single time we hear about the campaigns or celebrate the victory of ‘gay marriage’ which is in fact a victory for the right to ‘same-sex marriage’ - for which, among other rights, the bisexual movement has been historically present at frontline.

Biphobia, bi-erasure and bi-negativity are real. They continue harming not only bisexuals but the whole society, contributing to mono-sexism.

Today, bisexual activists all around the world are working hard to eliminate all forms of binegativity, including the internalized biphobia mostly coming from the monosexist and heteronormative society dictations, and give more visibility to non-monosexuality.

This is not an exclusive battle by and for bisexuals only. It is all about intersectionality and inclusion. We need you to include us, name and mention bisexuality and acknowledge the existence and the specific discriminations against bisexuals in your everyday life and activism, to give voice to marginalized individuals.

Together, we can create an equal world. Let’s call the IDAHOTB as it is and not forget any of those letters, including the B.